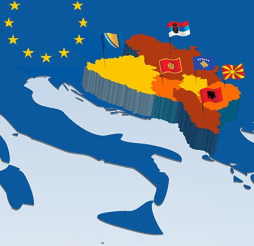 On June 14th 2017, the European Parliament adopted three of its annual reports for candidate and potential candidate EU countries. In those reports MEPs have assessed the rights of LGBTI people in Macedonia, Serbia and Kosovo, and recommended the countries to improve the situation.

In relation to Macedonia, the Parliament emphasises it should align its anti-discrimination protections with EU standards, as regards discrimination on grounds of sexual orientation in employment.  The Parliament is also concerned that intolerance, discrimination and attacks against LGBTI people persist (par. 22).

In its report on Kosovo, the Parliament “welcomes the high-level political support for the rights of LGBTI persons.” It also applauds that the second pride parade was held (par. 26).

With regards to Serbia, the Parliament underlines that while the anti-discrimination framework is in place, there is no consistent implementation across the country. Further efforts remain necessary, including for LGBTI people (par. 19).

Ulrike Lunacek MEP, Co-president of the Intergroup on LGBTI Rights and EP rapporteur on Kosovo, commented: “There is literally no way around this: entering the European Union requires protection against discrimination for LGBT people, in law as well as in practice”.

“I call on fellow law-makers in Skopje, Belgrade and Pristina to embrace our shared values of fairness and equality, to stand up for LGBTI people in their respective countries, and to support awareness raising campaigns which open people’s hearts and minds for equal rights and for promoting the possibility for LGBTI people to live their lives without fear.”

Fabio-Massimo Castaldo MEP, Vice-President of the Intergroup on LGBTI Rights, continued: “While truly positive developments are happening on LGBTI rights in the Western Balkans, hate speech and hate violence remain problematic and are in many cases not addressed.”

“By voting for these reports, the parliament made clear that respect for the rights of LGBTI people is a key aspect of EU integration.”