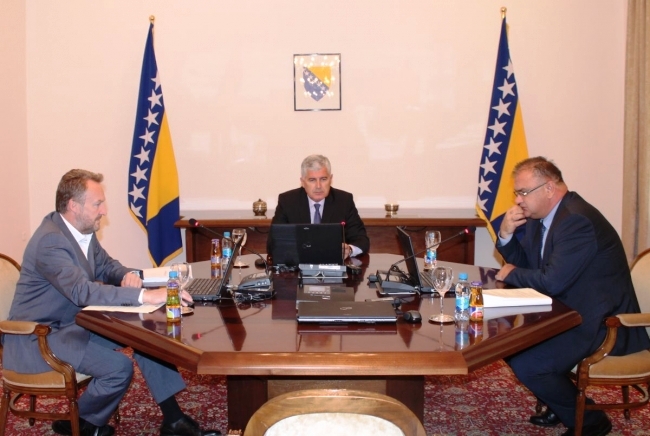 Sarajevo Open Centre has sent a letter yesterday (September 8) to Dragan Čović, Chairman of the Presidency of Bosnia and Herzegovina in which it welcomes the decision of the Presidency to accept the invitation of the President of People’s Republic of China Xi Jinping and the Secretary General of United Nations Ban Ki-moon to participate in the meeting of world leaders on gender equality and women’s empowerment: commitment to action (UN Women), which will be held in New York on 27 September this year.

We believe that by accepting to participate in this important event, the Presidency has shown the will to integrate the principle of gender equality in all areas and at all levels of government in our country, and on this occasion we invite them to initiate and/or support initiatives to:

Women in Bosnia and Herzegovina are still facing multiple layers of discrimination and are not equal to men in their abilities to access and exercise their rights. Over the past years, formal legislative and public policy frameworks related to the protection of women’s rights in Bosnia and Herzegovina have significantly improved. There is a Law on Gender Equality (2003, 2009 with consolidated version from 2010) and a new Gender Action Plan (2013-2017) at the BiH level (adopted in September 2013); a 40% gender quota has been included in the BiH Election Law (April 2013), and there is new entity-level legislation and public policies for preventing and combating domestic violence. In addition, Bosnia and Herzegovina has signed and ratified all major international documents in the sphere of women’s human rights, including the Council of Europe Convention on Preventing and Combating Violence against Women and Domestic Violence (Istanbul Convention) in 2013. However, real change in practice is very slow; women remain deprived of the possibility of enjoying human rights in both the private and the public sphere, and the dialogue and partnership between the government and nongovernmental organizations to advance and protect women’s human rights is still far from satisfactory.

Letter in B/C/S languages can be found here.