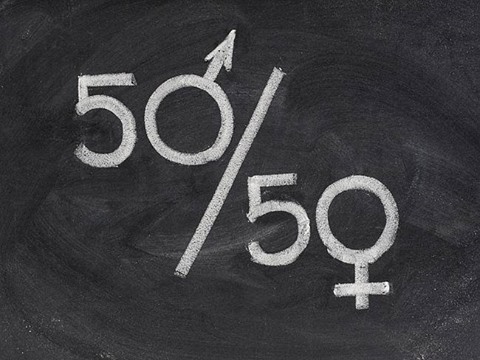 DO NOT ABOLISH EXISTING GENDER QUOTA IN THE ELECTORAL LAW,  INCREASE IT TO 50%

The public was informed about the last session of the parliamentary working group for changes of the electoral legislation in BiH. Unfortunately, one significant change concerning the issue of equal political participation of women and men has been hidden from the public. Proposal made by the working group is that the existing Article 4.19, paragraph 4 should be amended to:

This proposal clearly undermines the existing provision (gender quota) that envisioned participation of both gender of minimum 40%, not anywhere on the candidate lists, but with mandatory positioning of female candidates in the first three, five and eight places. The changes that were proposed during the meeting of the working group in Čapljina by Borjana Krišto, the vice president of HDZ BiH, and unanimously supported by other members of the working group: Lazar Prodanović, Halid Genjac, Ognjen Tadić, Vlado Rogić, Brako Perić, Ahmet Šantić and Josip Grubeša significantly undermines the existing rule. For example, the new proposal can allow for a candidate list of 20 people, of which the first twelve positions are taken by men and the last eight by women, which is a significant setback. Why these changes? Will the electoral process be improved and election fraud eliminated through this provision? Will the election process become more democratic?

We, civil society organizations, which are actively working to build a better and more democratic Bosnia and Herzegovina, clearly raise our voice against this attempt to place women in a disadvantageous position in political life. We call upon all members of the working group, the political parties, representatives and delegates of BiH Parliamentary Assembly as well as the representatives of the international community that they do not violate the existing, already ineffective measures for equal participation of women and men through amendments to the Election Law of BiH, but to initiate changes which will introduce an electoral quota of 50% instead, and an obligation of alternate positioning of candidates (zipper system). Article 4.19, paragraph (4) should be amended and be defined as follows:

Each candidate list has an equal number of male and female candidates that are positioned alternately on the entire list.

With the introduction of such a provision, Bosnia and Herzegovina would make a significant step towards the advancement of gender equality in political life. The current level of representation of women is 20% on average at all levels of government, and if there is no improvement of legislation, we will need at least another 20 years to increase the number of women to minimum level of 40%. As women make up more than 50% of the population, the level of their participation should adequately be reflected in political life. Therefore, equal participation of women in electoral lists should be legally guaranteed. Finally, let us show that Bosnia and Herzegovina can be a good example for many other countries in South East and Eastern Europe, instead of becoming the object of criticism and example of bad practice.