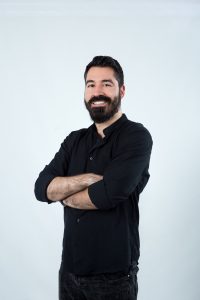 The work of the inter-ministerial working group, which focuses on the analysis of regulations within which same-sex unions can exercise their rights and which should propose regulations that need to be adopted at the FBiH level, began in early 2020. The Sarajevo Open Centre also participated in the work of the inter-ministerial group as an observer, and we discussed the entire process, SOC’s contribution to the working group, and when we may anticipate the law to be passed with our program coordinator Darko Pandurević.

Most people are probably aware that there is a working group at the level of the Federation of BiH that is addressing the issue of passing the Law on Same-Sex Unions. Can you briefly explain to the LGBTI community and all those who are unfamiliar with BiH’s (complex) legal system what the task of this working group is and how much of a role it plays in achieving the ultimate goal – passing the law?

The Government of the Federation of BiH formed the working group with the purpose of analysing and proposing the regulations that must be amended for same-sex couples in the FBIH to be legally recognized and thereby eliminate discrimination against them in comparison to heterosexual couples. So, after the working group’s work is completed, which I believe will be by the middle of this year, they will present an official conclusion to the FBiH Government on which laws should be amended and who is in charge. The FBIH Government should next adopt that conclusion and appoint a body to work on drafting the law. After that group has done its part, the law (or laws) is referred to a parliamentary procedure that includes voting. We cannot talk about the end of this process until the law is voted on. Considering the foregoing, as well as the dynamics thus far, we are still at the beginning.

Sarajevo Open Centre, i.e., you, as a representative of SOC, participate in the work of the inter-ministerial working group. What is the SOC’s role and how much can it contribute to the overall process?

The Sarajevo Open Centre participates as an observer. This means that, formally, we do not have a vote in the group’s decision-making process; only members who have been delegated in front of certain ministries and state institutions do. Nonetheless, we have the opportunity to attend each session, engage in discussion and present our arguments and suggestions. In practice, just as it is important for us to be involved, follow the process and be the voice of LGBTI people, it is also important for the working group to have actors with knowledge, experience, data from the field and understanding of the topic, and without false modesty, the Sarajevo Open Centre certainly meets those criteria. At the same time, it should be remembered that many civil servants are encountering the topic and issues for the first time, which is understandable, and from that point of view, our presence can only help to speed up the process and produce better outcomes.

What has your experience been like with the working group so far? What has been accomplished so far?

On the plus side, the working group is mostly comprised of people who are willing and open to do their job, who are professional and approach the assignment professionally, and who do not have preconceived notions or attitudes about the subject. They also saw the Sarajevo Open Centre as a partner in the entire process, which dispelled some initial concerns that the work itself and our involvement in the working group would be a battle with windmills. The downside is that this process could have been much faster. The decision to form the group was reached in October 2018, but the members of the working group were not appointed by the government until the beginning of 2020 when the group started working. Then there was the Covid-19 pandemic, and the group’s activities did not start until the beginning of 2021.

Everything we have discussed so far has exclusively referred to the Federation of BiH. Is there any progress when it comes to the regulation of same-sex unions at the level of the Republika Srpska and the Brčko District? What would happen if only one entity legally recognized same-sex unions?

In this regard, the FBiH has taken the first step, which Republika Srpska and the BD have yet to take. Adopting such a law is only one part of BiH would, in short, generate enormous legal ambiguity, because regulating the position of same-sex partners is linked to a variety of legal and life issues. This would certainly result in a number of new court proceedings and disputes. Ultimately, regardless of whether it is the entire country or a part of it, the result would be the same – systemic discrimination against same-sex couples exists and must be eliminated.

What, in your opinion, is the best legal solution for same-sex couples in Bosnia and Herzegovina: a reform in family law and the definition of marriage, or the introduction of a separate law on same-sex unions?

The SOC’s main argument on this issue is that enacting a separate law on same-sex unions in the FBiH that addresses different areas of interest (union formation and termination, property rights, social rights such as pensions and subsistence, etc.) would be the most efficient and best solution. Such law, with its provisions, would supplement existing laws that regulate specific areas and would be the most efficient from a legal and practical standpoint. This is also supported by the experience of other countries that have successfully regulated this issue and have almost all selected a similar strategy.

Finally, the question that most LGBTI people are undoubtedly interested in: when can we expect the law to be passed?

If we take into account everything we know, even in the most ideal world, we cannot expect the law to be passed within the next year. Considering how long it took for the working group to be formed and start working and the fact that it is only the first, and possibly the least demanding part of the process, we can see how slow everything is. As a result, SOC works on multiple fronts, not only through a working group but also through strategic cases initiated by LGBTI couples before BiH courts with the goal of creating verdicts that would further enhance the country’s commitment to resolving this issue.

Finally, I would say that the legal arguments of LGBTI people on this issue are unquestionably on their side, but the struggle through the existing court system will be lengthy. Therefore, I see LGBTI people who are willing to fight this system as the greatest activists and worthy of admiration.