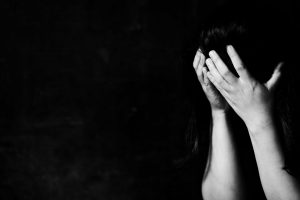 In the following article, you can read about problems COVID-19 pandemic has caused to victims of domestic violence and the safe houses run by non-governmental organisations. One of the main problems safe houses usually face is financing, which is why they are forced to use their own money collected by non-governmental organisations that manage them, instead of being financed by the government.

Pandemic forced victims to spend much more time with the perpetrators which is why we need to pay additional attention to the victims and figure out other ways for them to contact police, safe houses or social services. The number of reported cases of violence has not increased drastically, which does not mean there is less violence, it just indicates that victims are probably incapable of reporting it because they are under constant surveillance of the perpetrator.

Organisations that run safe houses appeal to citizens to pay attention to their neighbour’s behavior, visit their neighbours and friends for whom they suspect to be the victims of domestic violence. If victim’s phones are taken away by their family member/s, the victim can write their basic information (their name, address, number of their apartment…) and the problem their facing on a piece of paper and secretly hand it to someone in a grocery store, pharmacy, etc. so someone else can contact the police for them.

In the end, we provided all the necessary contact information for victims and anyone else who wants to report domestic violence. There are SOS phones, phone numbers of non-governmental organisations which provide legal and psychological counseling, as well as e-mails of these organisations.

The original text in B/C/S language can be found on the following LINK.