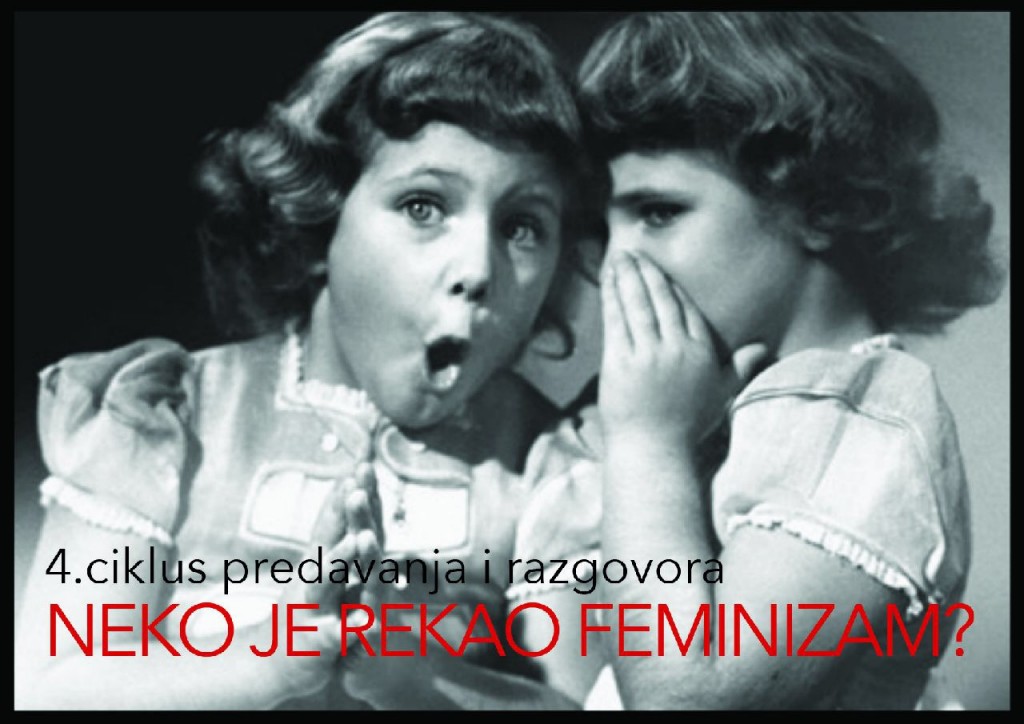 Sarajevo Open Centre, in partnership with the Friedrich Ebert Foundation in Bosnia and Herzegovina (http://www.fes.ba/ba), opens the fourth cycle of lectures and feminist discussions Somebody said feminism?! that will last from March until November 2016. The fourth cycle will include six lectures and discussions, and the subject matters will be related to the archive of the Women’s Antifascist Front B&H, ideology and language, the challenges of the associative margin activism, the feminist critique of the political economy, the relation between religion and feminism, as well as to the women’s reproductive rights.

We recall that in October 2013 we started the lecture cycle on feminist themes, women’s rights and various questions about gender, under a name that refers to a well-known collection of feminist texts, whose fourth edition also included texts from Bosnia and Herzegovina. The idea that initiated the lecture cycle was connected to the opening of public space where critical thoughts and questions on various themes could be articulated, primarily from a feminist position. The themes that would find their space in this cycle have been chosen in relation to the problem positions that determine them and that, in an analytical sense, make them interesting for discussion. The lectures are intended for students, researchers, activists, as well as anyone else who has educational and political stances that are outside the status quo. The lectures are structured so that after a 60-minute presentation, the floor is opened up to questions and the development of a debate.

You can find more about each discussion here (http://soc.ba/programi/gender/neko-je-rekao-feminizam/).

Soon, the detailed announcements of the lectures will be published. Here, we note that the theme of the first lecture will include presentation of the work that the Association for Culture and Art CRVENA invests in making the archive of the Women’s Antifascist Front B&H, that Adela Jušić and Andreja Dugandžić will talk about.