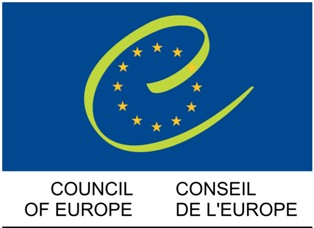 Sarajevo Open Centre is participating, under sponsorship organisation ILGA-Europe, in a project of monitoring the implementation of the Committee of Ministers’ Recommendation on measures to combat discrimination on grounds of sexual orientation or gender identity (adopted on 31st of March 2010).

In 2013, Sarajevo Open Centre started collecting data on work of Bosnian authorities regarding implementation of Recommendation, which ended by compiling the report. During this project, they have contacted numbers of ministries and state institutions, and less than half of them responded. The inquiry about implementation of measures for combating discrimination has been sent to institutions competent for protecting human rights, such as: right to life, security and protection from violence, freedom of association, freedom of expression and peaceful assembly, right to respect for private and family life, employment, education, health, housing, sports and right to seek asylum. The only measurement that authorities have taken is including sexual orientation and gender identity into legislation as s base for prohibition of discrimination.

Active work and advocacy of Sarajevo Open Centre and other organisation of civil society, led to recognition of their work by authorities, and as a result they have adopted amendments of Law on the prohibition of discrimination. Thanks to these amendments, Bosnia and Herzegovina became a country which recognizes sexual orientation and gender identity as ground for prohibition of discrimination, and also a first Eastern European country whose law guarantees protection for transgender persons from all types of discrimination. Their work was acknowledged by adopting amendments of Criminal Law of Federation of Bosnia and Herzegovina and Criminal Code of Republika Srpska, which now incriminates hate crimes based on sexual orientation and gender identity.

These accomplishments are just a starting point in implementation of Recommendation into national legislation, but they represent a huge motive for further combat. Among other activities, Sarajevo Open Centre will make inquiries, which will be directed to ministries and state institutions competent for providing adequate protection of human rights. That will help us collect information about measures which these institutions take in order to conduct their jurisdiction and duties, entrusted to them by law. We hope that this time our authorities will be more cooperative in delivering responses, so that we can see the progress we have achieved in the last five years.