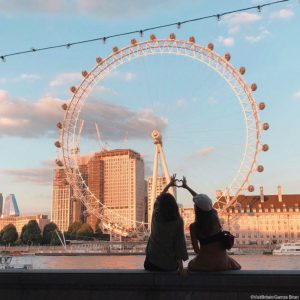 As the British ambassador to Bosnia and Herzegovina (BiH), I proudly support the rights of lesbian, gay, bisexual and transgender people, which are basic human rights, as well as the fight against discrimination based on sexual orientation and gender identity.

17 May is the International Day Against Homophobia, Biphobia and Transphobia, more commonly known as IDAHOBIT, and has been marked since 2004. 130 countries around the world celebrate this date, and the United Kingdom joined this year’s call for “justice and protection for all”. The flag of rainbow colors will flourish in front of our embassy in Sarajevo, and we use this opportunity to talk about our long-term support for the rights of LGBT people.

Why is this so important to us? The United Kingdom is committed to promoting human rights in all of our foreign and domestic policies, including the right to religion, freedom of expression, freedom of the media and the abolition of modern slavery. These rights are fundamental and universal, and we believe that it is our responsibility to protect and defend them, anywhere in the world that we are.

Entire text in B/H/S version can be found on LINK.