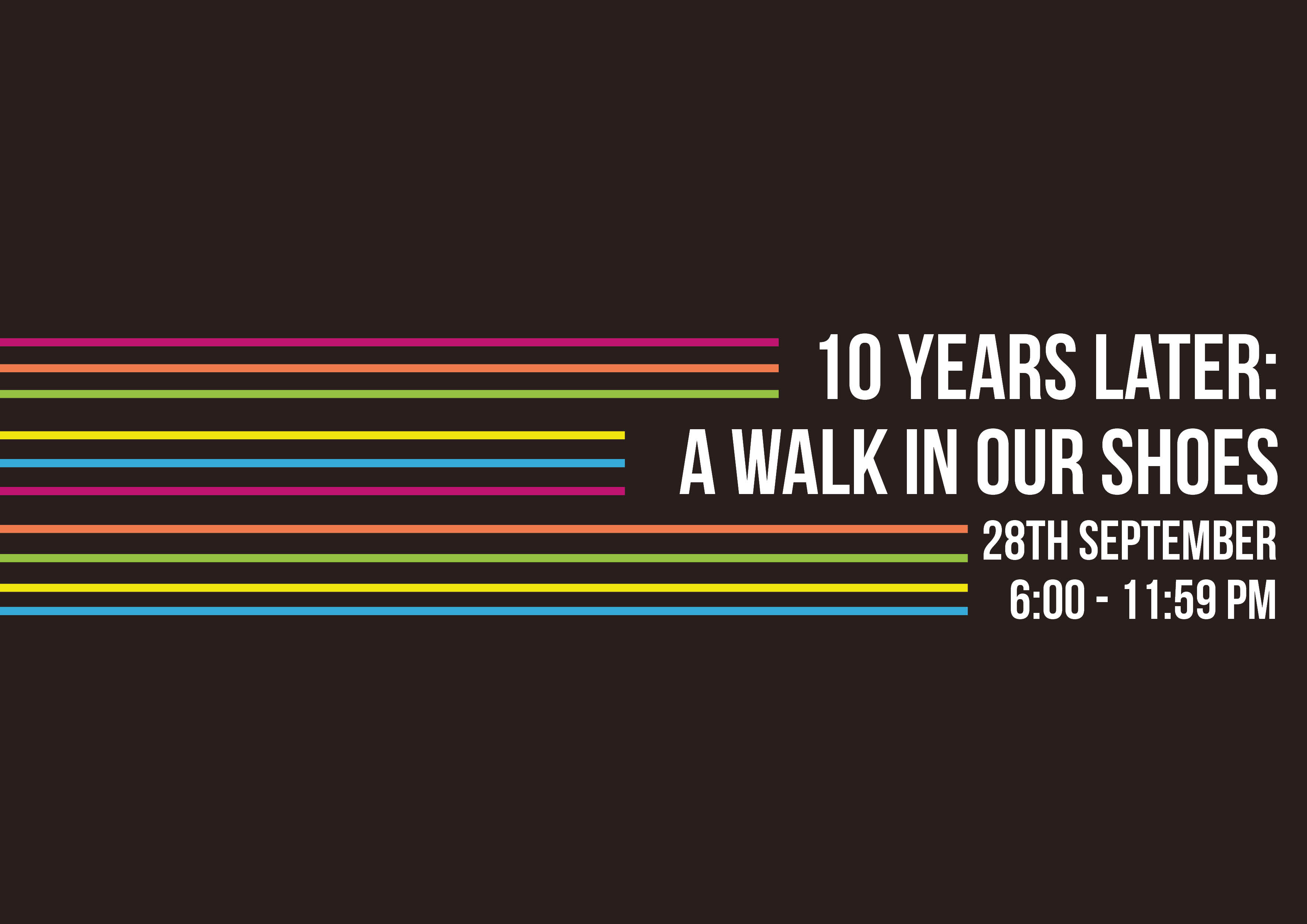 10 YEARS LATER: A WALK IN OUR SHOES
10 years of activism from the first Sarajevo Queer Festival until today

The first Queer Sarajevo Festival (QSF) was supposed to be held from 24 to 28 of September 2008. The Festival was organized by the Association Q. The idea of QSF was to show the everyday life of LGBTIQ people through culture and arts. Unfortunately, the opening of the Festival was violently interrupted. Several dozen citizens gathered in front of the Academy of Fine Arts protesting against the Festival and chanting slurs at the Festival participants, visitors, police officers, and journalists. More than 10 people were physically hurt in the attacks that ensued. The violence that marked the QSF were preceded by media statements by politicians, as well as homophobic titles and articles published in Dnevni Avaz and SAFF magazine. The first QSF did not continue.

After a brief standstill, LGBTIQ movement continued its fight. At the beginning, the activism not so visible, taking up public space gradually, evolving into significant street actions and discussions in BH Parliament. The laws started to recognize the rights of lesbians, gays, bisexuals, transgender and intersex persons. At the same time, with the rise of the visibility of LGBTI activists and movement, the rate of discrimination and violence became higher.

Ten years later, we want to look back and see the current state of the rights and activism of LGBTI people in Bosnia and Herzegovina. Which areas did we make progress in, in the previous 10 years? What were the important moments that marked these past 10 years? Where are we now? Can we talk about the social acceptance and what are the ways in which violence and discrimination towards LGBTI community manifest themselves?

Through virtual application we shall take a walk on the streets and public spaces from the Academy of Fine Arts to Art Cinema Kriterion, that were important battle grounds for the LGBTI movement. Afterwards, we invite you to the exhibitions and screenings of films to be held at Art Cinema Kriterion, which will be followed by cocktail and performance of DJane Ena Lind (Germany).

*If you are going to join us, please download the Tour Buddy application, and at the event you will get all the necessary information for accessing the virtual map.

*Sarajevo Open Centre is organizing the event in cooperation with the Goethe-Institut of Bosnia and Herzegovina.