The second lecture of the fourth cycle of lectures and feminist discussions Somebody said feminism? took place on 4 April 2016 in the Museum of Literature and Theatre Arts of B&H, with the lecture by Sandra Zlotrg and Ismeta Dervoz, on the matter of the Language as the instrument for invisibility and discrimination of women. 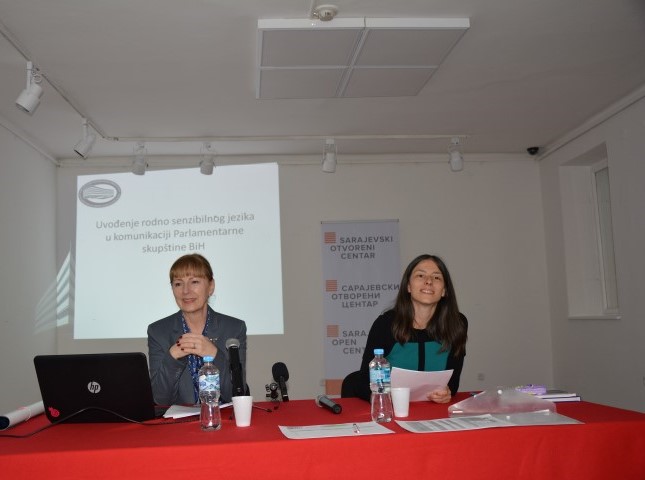 The second lecture of the fourth cycle of Somebody said feminism? dealt with a very important issue of gender sensitive language. We listened and talked about the issue with Ismeta Dervoz, representative in the Parliamentary Assembly of B&H in the mandate 2010-2014, and Sandra Zlotrg, lector from the Association Lingvisti. During the lecture and discussion, the lecturers talked about the ways for language to empower women in society.

The full text, including the video from the lecture and discussions, is available in the B/C/S version of this text.