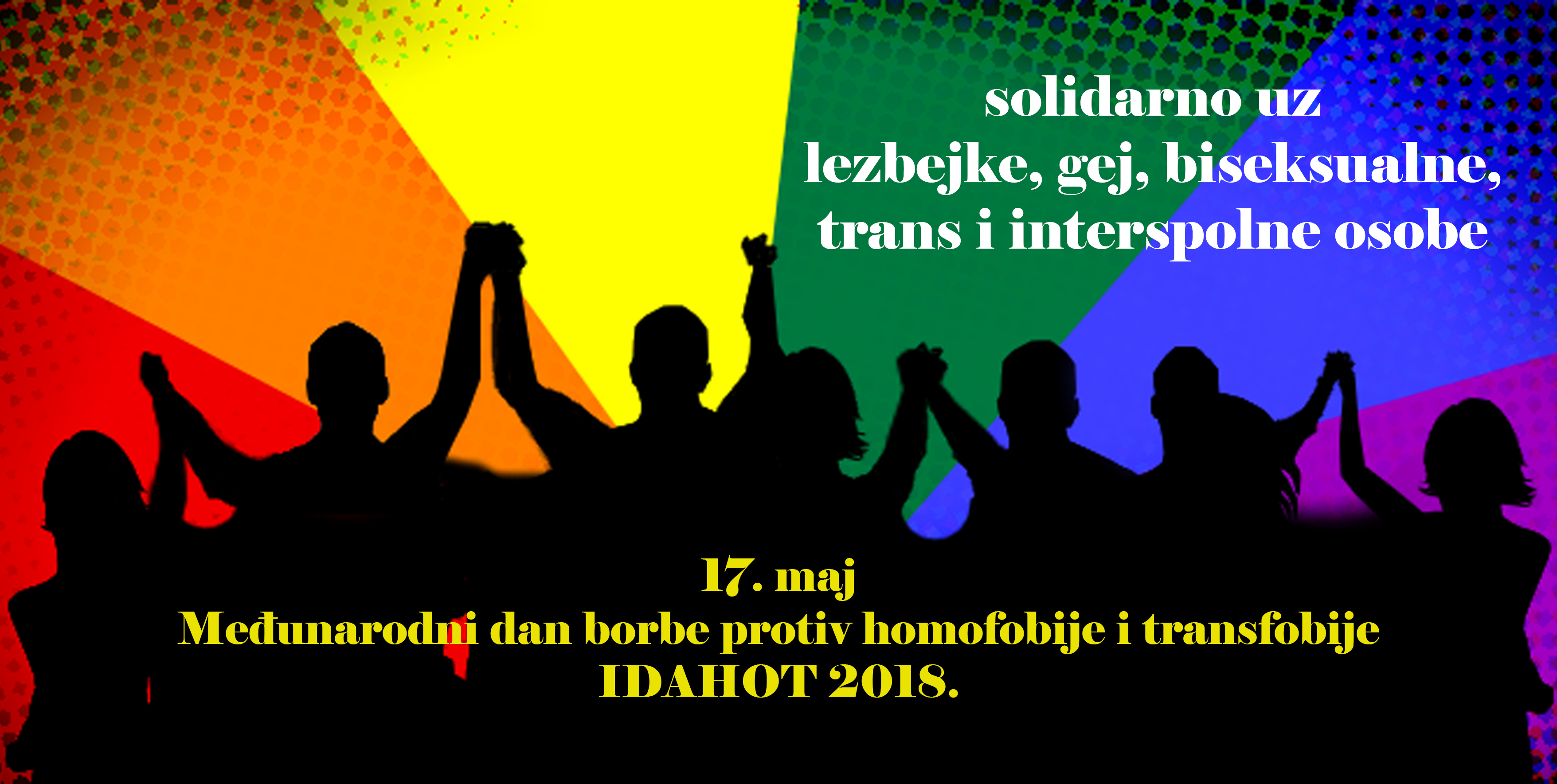 THE PROGRAM
FOR MARKING IDAHOT ( INTERNATIONAL DAY AGAINST HOMOPHOBIA, TRANSPHOBIA AND BIPHOBIA) IN BOSNIA AND HERZEGOVINA

Since 2005, May 17 is marked as the international day of fighting against homophobia, biphobia and transphobia. This day is being marked in more than 130 countries worldwide and has been officially recognized by many countries, including the European Parliament. On May 17, 1990, the World Health Organization (WHO) removed homosexuality from the list of mental illnesses.

Since then, this day has been marked as the international day of fighting against homophobia, biphobia and transphobia as a reminder of the importance of LGBTI human rights around the world. This day also inspires many different actions that raise awareness of the discrimination and the violence that LGBTI people face everyday.

LGBTI people make up about 10% of the population of each country, including Bosnia and Herzegovina. Nevertheless, LGBTI BiH citizens often remain completely invisible in society because of violence, fear, exclusion and discrimination.

Over the past three years, Bosnia and Herzegovina and its entities have started their work on combating homophobia and transphobia, but so far only the basic measures and steps to improve the position of LGBTI people were taken. Unfortunately, most of these measures are still focused solely on combating violence and discrimination, and no legislative, policies or programes that would ensure the essential equality of LGBTI BiH citizens with their citizens and heterosexual fellow citizens have been developed.

This year’s global theme of IDAHOT relies on the importance and the need to provide support of institutions, and our allies, supporters, and friends to lesbian, gay, bisexual, trans, and intersex people. The importance of support and the importance of a common struggle is crucial for equality and a better status of us all. Alliances need to be strengthened in order to fight against the violence. Together we can contribute more.

Let’s support each others! Let’s unite ourselves in the joint efforts and struggles for a better status of all citizens in this society.
Join the fight for the rights of LGBTI people!

Link for the program.