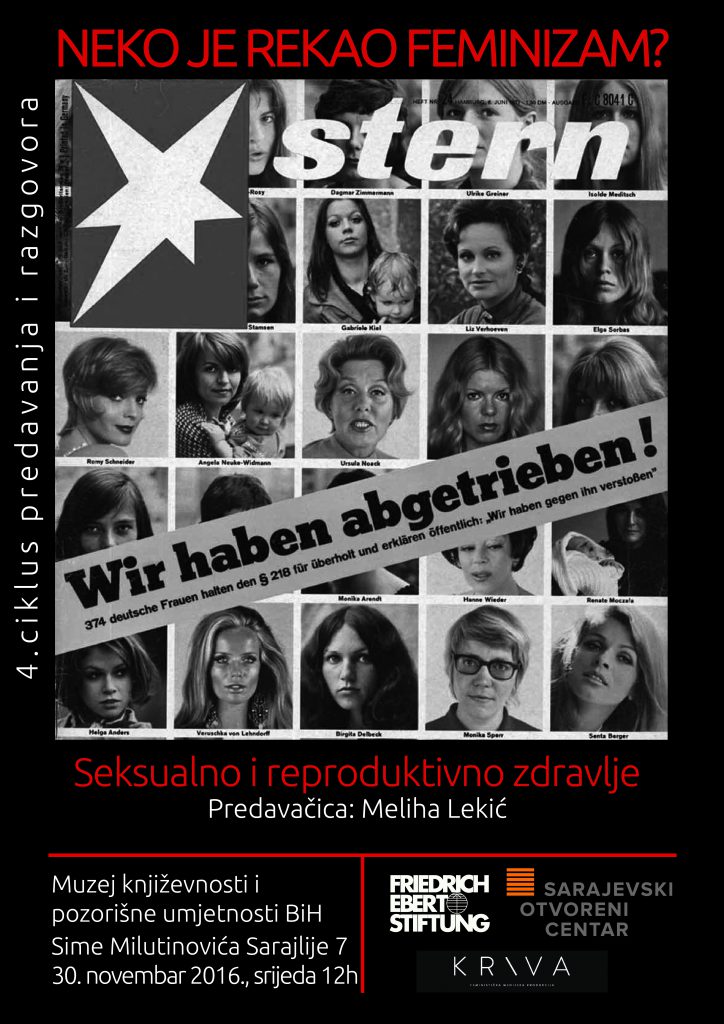 Sarajevo Open Centre and the Friedrich Ebert Foundation in Bosnia and Herzegovina will organize 6 lectures in 2016, which will cover the following topics: Antifascist Women’s Front Archive BiH, ideology and language, challenges facing feminism today, digital feminism, the relationship between right wing, and feminism and reproductive rights.

We invite you to the last lecture in the scope of the four cycle of lectures and feminist discussions Somebody said feminism? the topic being related to the political, sociological and medical aspects of sexual and reproductive women’s health. The issues that will be discussed are related to the reasons why sexual health of women is a vital bio-political issue and what is actually being controlled by legal norms and practices.

Meliha Lekić is a full time professor at the Faculty of Medicine of the University of Sarajevo. She has participated in implementation of 21 interantional and domestic research projects as either a member of the team or a leader. During the XIV Winter Olympics SARAJEVO ‘84 she supervised a laboratory for the control of doping. Since 2004 she has been a consultant at the Institute for Accreditation BiH, working as a technical evaluator in the field of accrediting the laboratories for testing animal source foods and waters. From 2007-2012 she was the supervisor of the Quality Control Board of the Faculty of Medicine of the University of Sarajevo. She retired in 2012. She works on developing public policies focusing on sexual and reproductive health within SDP BiH Women’s Forum.