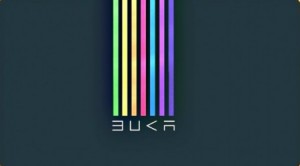 B.U.K.A. (Banja Luka Association of Queer Activists), in cooperation with the Sarajevo Open Centre, has started a public advocacy campaign for LGBT rights.

This campaign consists of two public service announcements which will be aired six times daily from 8th of September until the 8th of October on radio Balkan (95,9FM).

The objectives of the campaign are to

Statistical data in the campaign demonstrates the amount of violence that the LGBT community faces in their everyday lives.

The campaign is focused on 2 articles within the Criminal Code of RS:

RS constitution guarantees equality to all its citizens regardless of any of their personal characteristics and tends to send a message of peace, tolerance and non-violence to its citizens.

The campaign can be heard on radio Balkan (95.9FM) or at the following link.

The campaign is supported by USAID in Bosnia and Herzegovina.