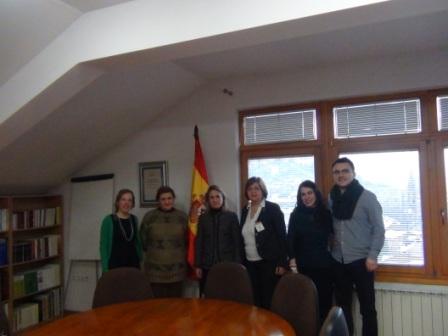 The women’s NGOs in Bosnia and Herzegovina, as well as individuals / as interested / as in supporting the cause, want to provide full support those organizations that have raised their voice against the adoption of legislation that would drastically limit the right of abortion in Spain .

At the same time , non-governmental women’s organizations in Bosnia and Herzegovina and individuals / as interested / as in supporting the cause, also invite a parliamentary majority in Spain to reject the adoption of these extremely conservative laws that violate the fundamental rights of women .

We cannot and do not want to accept the fact that some women in Europe in the 21st century , because of its geographical location and / or social status, be denied the protection of their privacy and the right to freedom of each women to choose what to do about their bodies and reproductive health, including the right to abortion .

Instead of adopting restrictive and conservative laws, contrary to the rules and efforts proclaimed for the full enjoyment of human rights of women, not only the Government of Spain, but also the governments of other European countries , should focus their energies on promoting sexual education , improvement and strengthening their health services including the availability of contraceptives to all women and men, regardless of the geographical area where they live , their origin or social status.

Although Bosnia and Herzegovina is not yet a member of the European Union, this country is joining efforts to one day become such, which includes the application of European standards and policies in different spheres of life. We wonder, then, if these standards are an advanced and democratic Europe committed to protect and promote the rights of women and the incorporation of the concept of gender equality in all social processes.

The European Parliament recently refused to accept the report on health and sexual and reproductive rights, prepared by MEP Edite Estrela, which aimed to provide high common standards in all Member States of the EU to all women to enjoy the same rights regarding maternity, contraception, health and sexuality.

The introduction of stricter abortion laws is not just saying NO to abortion but also denies the rights of women and brings us back decades in history!

Facing the rise of the most conservative patriarchal sectors and the return of more traditional gender roles, women in Bosnia and Herzegovina desire to drive the attention, warn and / or prevent the marginalization and discrimination against women in Spain and Europe and say that we will not allow the removal of pre-existing rights that have been fought by militants and activists of previous generations and now.

Free access to safe and legal abortion must become a fundamental right for all women in Europe!