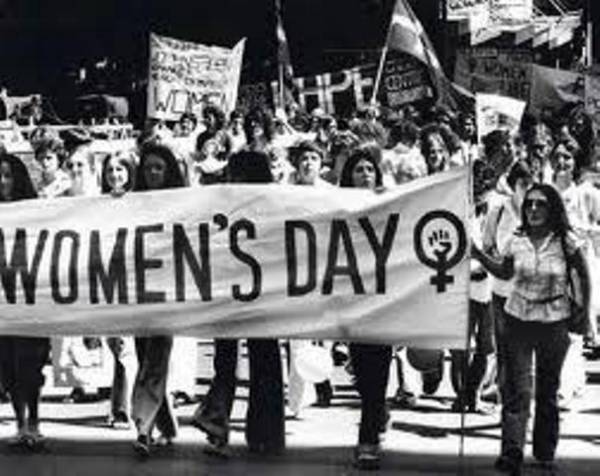 The idea and the symbolism of 8th of March is linked to the beginning of industrialization and 1857 when the textile workers in New York organized themselves to draw attention to poor working conditions and low wages. The police dispersed the demonstrations, which resulted in the establishment of the first women’s labor syndicate. In the following decades protests were repeatedly organized on 8th of March; the most prominent protests were in 1908 when 15,000 women marched in New York, demanding shorter hours, higher wages and the right to vote. The First International Women’s Conference was organized by the Socialist International in Copenhagen in 1910, and it marks the formal establishment of the International Women’s Day, as had been proposed by the socialist Clara Zetkin. The idea was that women everywhere would organize themselves on 8th of March, to be louder and more ambitious in their demands for improved working conditions and equal rights. In 1911 the International Women’s Day was celebrated by over one million people in Austria, Denmark, Germany and Switzerland, who went out on the streets to support the women’s rights to work, to education and to political participation. March of 1911 is also remembered for a fire in a New York factory, when over 140 female workers, who were mostly immigrants, died.

On 8th of March 1913 – International Women’s Day – women of Bosnia and Herzegovina organized a mass public gathering. The gathering turned into protests during which women demanded economic and political rights. A telegram from Clara Zetkin, sent on the behalf of the International Organization of Social-Democrats, was read at the gathering. There was a large public celebration of 8th of March 1918, when around 2,000 women from all over the country and from different religious backgrounds met.

Celebrating 8th of March has become a part of culture of many countries which have propagated the ideas of the workers’ socialist, economic and political struggle against inequality, sexism and all other injustices stemming from gender inequality. The United Nations passed a resolution in 1977 recognizing the celebration of 8th of March as the International Women’s Day.

The Sarajevo Open Centre, an organization which advocates the respect of human rights and social inclusion of LGBT (lesbians, gays, bisexual and trans*) persons and women, is organizing a number of activities which will mark this important date and which will put the pressing issues of gender equality in Bosnia and Herzegovina in public spotlight.

You can find program of the Sarajevo Open Centre for the International Women’s Day on this link.