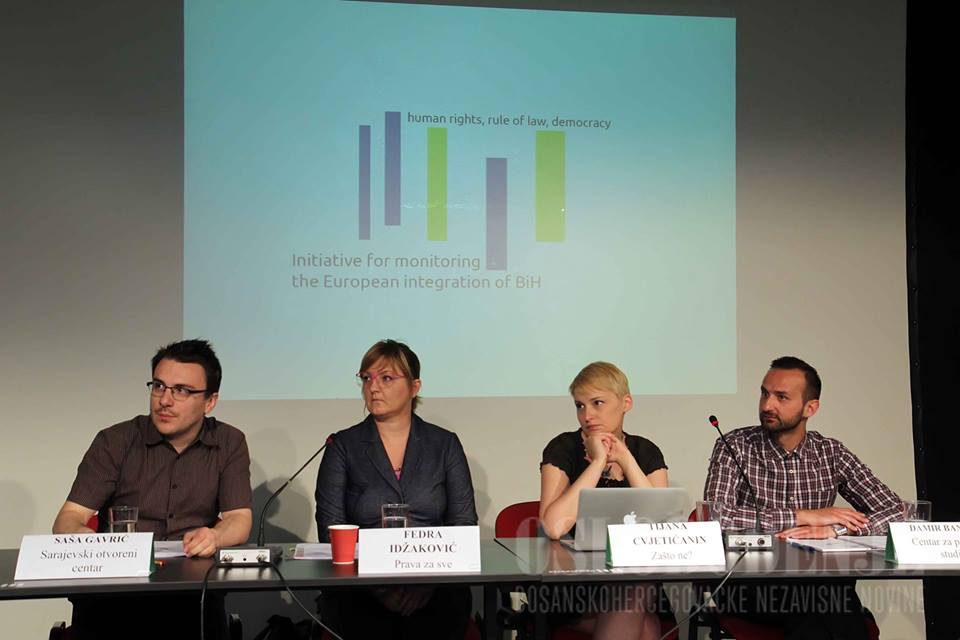 Initiative for monitoring the European integration of BiH, as a coalition of thirty civil society organizations, organizes press conference on observations from the Alternative Progress Report 2015 on the progress of Bosnia and Herzegovina in the process of EU integration. It represents the current state of the EU integration of Bosnia and Herzegovina, from the perspective of civil society organizations aiming to influence the official Progress Report that EU Commission publishes every year in October.

On behalf of the Initiative, Saša Gavrić (Sarajevo Open Center), Snježana Ninković Ivandić (Association for Democratic Initiatives – ADI) and Emir Prcanović (Your Rights BiH) will give statements to the press.

Press conference will be organized on Thursday, 30.07.2015. at 10:30 a.m. on the stairs in front of Parliamentary Assembly of Bosnia and Herzegovina.

This is the third Alternative Progress Report on Bosnia and Herzegovina’s EU integration, with a focus on democracy and the functionality of the state, rule of law and corruption, human rights, especially the rights of minorities and vulnerable groups, and transitional justice.