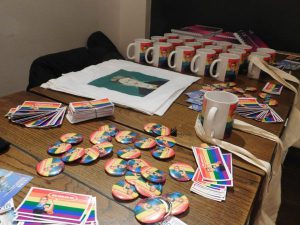 In Sarajevo, from 7 to 9 February 2019, SOC organised the seventh International Queer Film Festival Merlinka. Since Merlinka carries a specific topic each year, this year’s slogan was „I am a lesbian, so be it“.

The Merlinka festival was opened by the whole-hearted speech of the Sarajevo Open Centre’s executive director, Emina Bošnjak, after which there was the speech by the Deputy Head of EU Delegation in BiH, Khaldoun Sinno, who emphasised the EU’s mission to improve human rights and protection of LGBTI persons in Bosnia and Herzegovina. 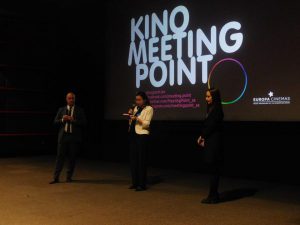 “Even though this is the seventh time that we organise Merlinka, I feel equally excited as when we had organised it for the first time. It is a rather good feeling to see you all here, dear people, people of the LGBT community, and all of you who have supported us for years. Especially important for LGBTI activism is the fact we are conquering a new public space”, said Emina during the opening ceremony at the Meeting Point cinema.

Movie screenings were opened by the adaptation of the true story, the movie Vita and Virginia from 2018, directed by Chanye Button. In depicting the romance of great writers, Virginia Woolf and Vita Sackville-West, Elizabeth Debicki (Virginia) and Gemma Arterton (Vita) embody the two successfull and strong queer women incredibly well, who, even though limited by the social norms of their time, manage to speak up (and love) loudly and without fear. 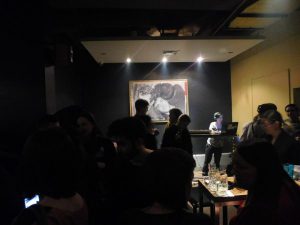 The first festival night was closed by the cocktail and energetic performance of the DJane Sabien. Sabina gave the visitors a night full of experimental electronic rhythms and combined genres that everyone could enjoy, according to their taste.

The programme of the second day of Merlinka started with the discussion about how to screen queer characters on movie screens and theatre scenes. There was discussion with the Bosnian-Herzegovinian scene artists, Boris Ler, Alban Ukaj and Snežana Bogičević, moderated by Kristina Ljevak. The speakers honestly and openly talked about prejudice and misunderstanding they often face, as well as about the ways to speak up about important social issues using arts as a medium. 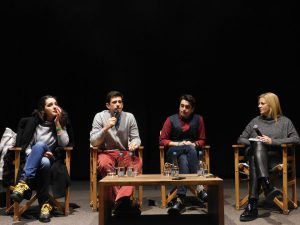 “When they invited us to participate in the discussion on how actors/actresses prepare for roles of persons living in same-sex relationships, I had the feeling I do not have mush to say, because it is actually the same as for any other relationship. That is where things end for me”, Snežana described her experience of portraying a woman in a same-sex relationship.

The movie screenings continued with the documentary Odrastanje (Growing Up), directed by the Slovenian director and journalist Siniša Gačić and actor Dominik Mencej in 2017. The film setting is in Slovenia, before the same-sex marriage referendum. The story follows two new mothers, Daja and Jedrt, and their new-born child, Tibor. Two brave women face challenges of motherhood and struggle for their human rights, and confront those who limit their rights. 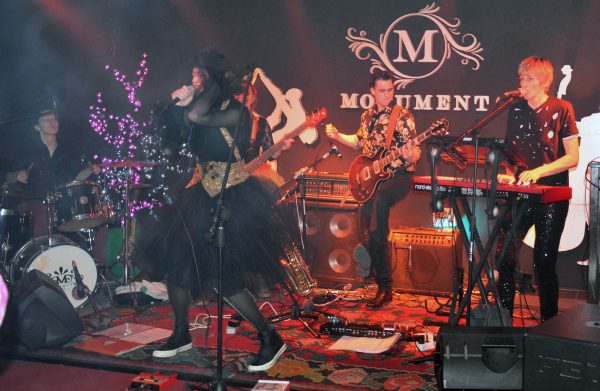 The night continued with the concert of the Zagreb-based band U pol’ 9 kod Sabe. This pop cabaret band gained its reputation of the symbol of Zagreb underground scene thanks to the narrative lyrics by the keyboard player Ana Opalić. The playful atmosphere continued with DJane Časna sestra a.k.a. Marija Nikolić, multi-instrumentalist who kept the guests awake with her synth and electro sounds and sweet sin until early morning hours. 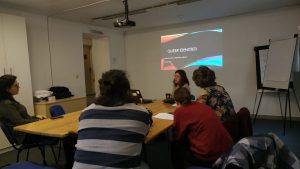 The last day of this year’s Merlinka festival started with the workshop on queer film. The participants had the chance to learn more about film, directing and theatre. After that, there were screenings of short movies: Brak (Marriage, 2018), Vafle (Waffles, 2017), Mathias (2017), Obećanje (Promise, 2014) and Uspomene iz vode (Water Memories, 2017). 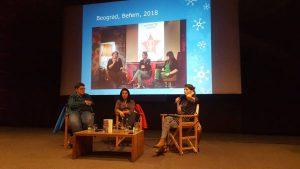 Various festival activities were completed by the book promotion Sisterhood and Unity, followed by the discussion on lesbian activism in the region. The movie programme finished with screening of the movie Ja, životinja (Me, animal) in which the director Katharina Mückstein finds the perfect way to show the contradictory forces that rule human lives – inner identity struggle and the outer image of what we want others to see. Scenes of this exciting story are filled with desire, passion and reason intertwined.

The night show was opened by the incredible Belgrade drag queens. House of KayGie, Ostroga Mi, Vlažena Maria and Dita Von Bill filled the hearts of the guests with their performances, that could hardly be described. Personal experience combined with actual social and cultural topics brought us to the world of comedy, spirituality, luxury, erotics and activism. 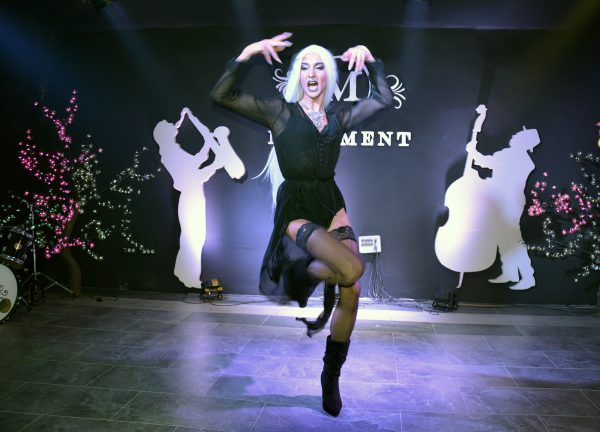 We danced till morning to the music by DJ Felix who visited us from Montenegro. Besides the extraordinary combination of house, he surprised the audience with covers to old hits on the dance floor.

This year’s festival, just life all the previous ones, showed that these kinds of cultural events are necessary for LGBTI community, as well as for all citizens who want to see movies that go beyond the classic Hollywood frame, to talk and question heteronormativity, and to have the opportunity to experience different, richer, more colourful queer nights. This is what Sarajevo needs. Merlinka festival makes culture and night life of this city richer, it breaks prejudice, shows openness and brings happiness.