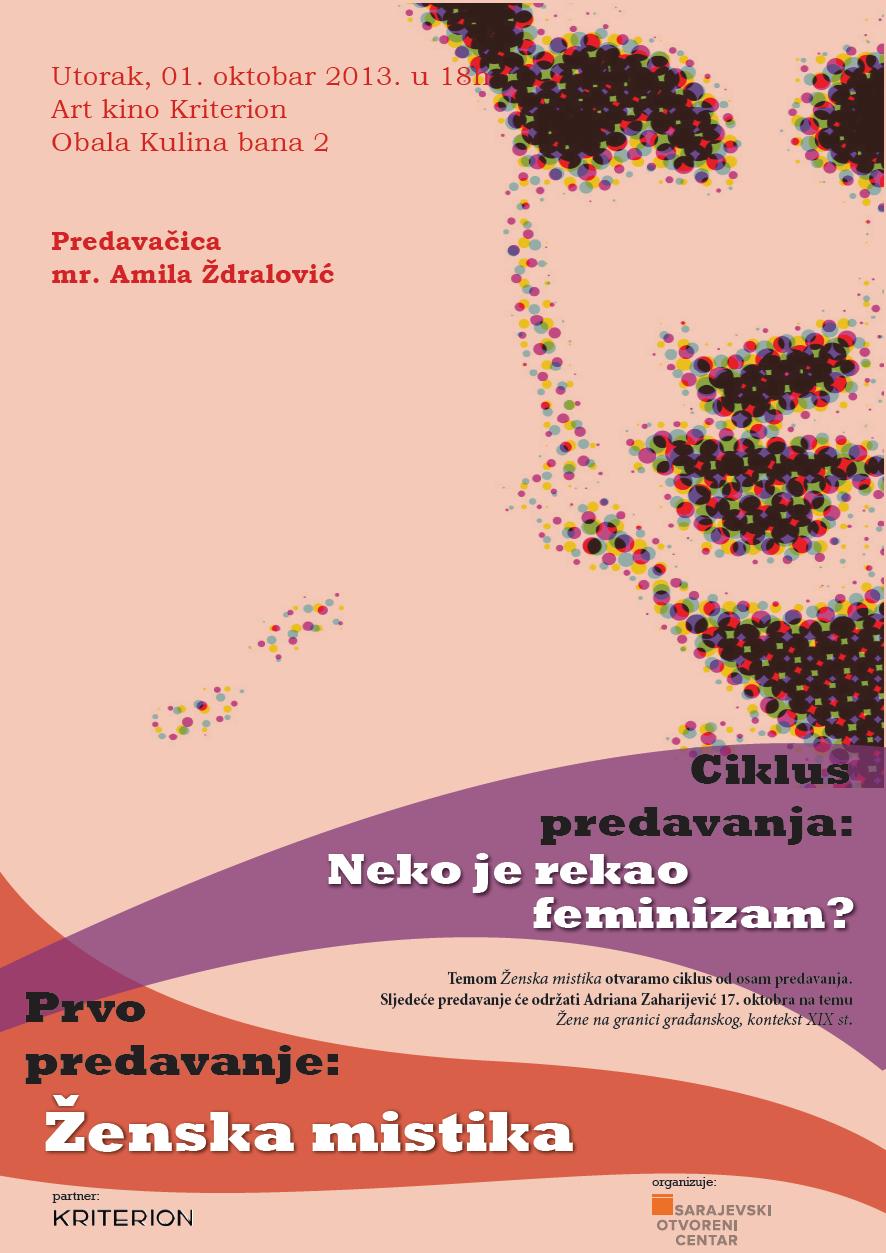 Sarajevo Open Centre is pleased to announce the first lecture in a series of eight lectures titled “Somebody  Said Feminism?”, which is to be held in ​​Art cinema Kriterion on Tuesday, October 1st 2013. The focus of this cycle will include feminist topics, women’s rights and gender issue, where the first topic of the lecture ” The Feminine Mystique” will be presented to the public by Mr. Amila Ždralović, assistant professor at the Faculty of Law, University of Sarajevo. The lecture scheduled at 6pm is open to the public and admission is free.

The Book “The Feminine Mystique” by Beti Fridan was published in 1963. This book is considered to be an initiator of the second wave of the feminism. Gathering of housewife’s confessions, describing their daily life, which implies uniformity and performing routine tasks, Bety Fridan reveals “problem that has no name.” While the first wave of feminism focused on the legal barriers, the focus of the second wave of feminism in this book is just moved to the analysis of cultural barriers that prevent women to participate equally with men in all spheres of society, and to fulfill their potential.

The book “The Feminine Mystique” can be considered a classic feminist literature, but a current material even today with regard to the still present idealization of traditional female roles. Through this lecture we want to commemorate 50 years since the publishing of the book, talk about its importance to the feminist movement and the theory and its possible actualities regarded to the BH context, but also point to the possible direction of criticism of this work.

The next lecture in the Cycle titled “Women on the verge of civil, the context of the 19th century” will be held by Adriana Zaharijević on Thursday, October the 17 th.