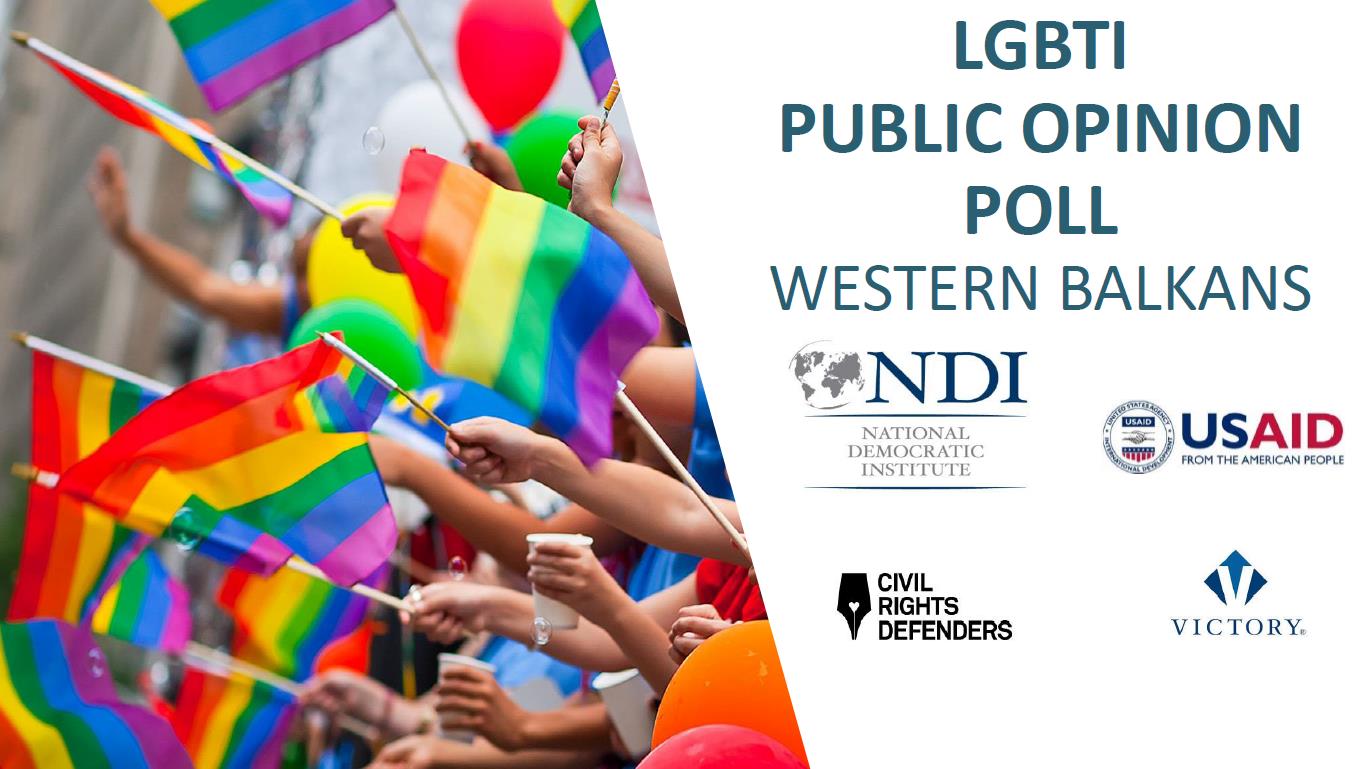 Sarajevo Open Centre for two years now organizing info sessions for journalists in BiH. Journalists will have the opportunity to meet and talk with the guests from the country and the region, who are on different ways dealing with LGBT issues through theory, practice and activism.

Info session: A regional poll on LGBT issues in the Western Balkans – Where is BiH, where are LGBT rights? will be held on October 21st 2015, at 11:15 in the café Meeting Point.

A regional poll on LGBT issues in the Western Balkans released today by the National Democratic Institute shows some measure of support for LGBT rights among young, educated, and urban respondents, though most respondents do not believe that LGBT people should live open, equal lives.

The poll reveals low levels of knowledge among the general population about the groups that comprise the Lesbian, Gay, Bisexual, and Transgender community, and a correspondingly high degree of resistance to conferring equal rights and opportunities based on sexual and/or gender orientation. At the same time, poll respondents roundly disavow physical violence against LGBT members of society. And for certain demographic groups, among them young and urbanized citizens, there is a growing, if still tentative acceptance of LGBT rights.

In Bosnia and Herzegovina, only 10 percent of the general population personally knows someone who is LGBTI.

According to a LGBT sample within the poll, three out of four LGBT people have been exposed to psychological abuse and verbal harassment, one out of four have suffered physical violence, and one out of two LGBT persons has faced discrimination at school, at work, or elsewhere due to their sexual orientation and/or gender identity. The general population perceives discrimination and violence against LGBT citizens to be far less in frequency and scope.

The general population flatly rejects the idea of same-sex marriage but is prepared to see some marriage-related rights extended to same-sex couples. When asked about hospitalization access, property inheritance, and health insurance coverage for LGBT couples, more than one-third of the general population, on average, supports these measures.