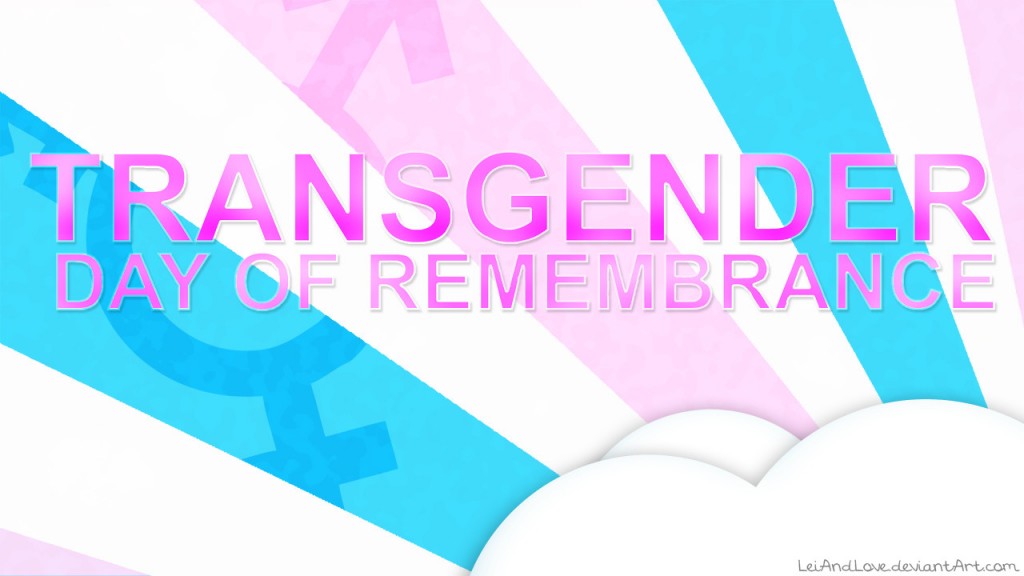 Day of the Remembrance of the trans* people started to be maked across the world in 1999. as a remembrance day on Rita Hester tans women who was brutally murdered in 1998. Her murder remain unsolved, as many other crimes committed towards trans* people. This year’s situation is not much different. Official information for this year show that there were 226 murders of trans* people across the world.

Trans* people do not have access to adequate procedures of sex transformation. In our country neither the Federation of BiH, the Republica Srpska or Brčko district do cover costs of sex transition treatments. Trans* people who want to go through sex transition are forced to search such treatment abroad at their own expense. In Bosnia and Herzegovina trans* people are often expelled from LGBT dialogue. That is the reason why there is a difficult road of fighting for the greater respect of the rights.

Gender diversity exists since ever, and it is necessary to do all that we can in order to stop classification in the traditional social binary constructs of people who have different gender/sexual identity. Sarajevo Open Centre within the Coalition of combat hate speech and hate crimes have advocated for inclusion of hate crime in the Criminal Code of the Federation of BiH which is in parliamentary procedure. Because of their specific gender expression trans* people are exposed to violence. It is necessary to do whatever it takes to stop and prosecute such violence and to act proactively to deter potential perpetrators.

20th November is the chance for all of us to remember of all the victims of transphobia and hate crimes and to do all our best to reduce it. As anyone else, tans* people deserve to live dignity with no fear of violence.