On January 29th and 30th, Sarajevo Open Centre will organise and host, for the fourth time, the International Festival of Queer Film Merlinka at the Art Cinema Kriterion in Sarajevo. This Festival has been organised for seven years in Belgrade with the goal to promote films tackling LGBT topics. This year’s Merlinka in Sarajevo differs from the previous ones because it’s programme is different than the Belgrade Merlinka’s one – the featured films will be premiered, and the festival will last for two days.

On Friday, 29th January, the festival will be opened by the film Appropriate behaviour (Desiree Akhavan, USA, 2014, 86′) an exciting comedy with the focus on the emotional-erotic relations of the bisexual Shirin. Shirin is struggling to become an ideal Persian daughter, politically correct bisexual and hip young Brooklynite. But she’s not quite Persian enough, not quite gay enough, not quite anything enough. She fails miserably in her attempt at all identities, and being without a cliché to hold onto can be a lonely experience. After being dumped by her girlfriend Maxine, Shirin faces an unimaginable task: trading the idyllic lesbian haven of Park Slope for a shared artist’s loft in Bushwick. Unable to let go of the memories of their excruciating highs and lows, the endearingly superficial narcissist finds herself plotting to win back her ex.

During the second day of the festival, at 2 P.M. the documentary film Mask you live (USA, 2015, 97′) Man up! Boys are raised to become ‘real men’ by living up to specific gender roles. This movie investigates masculinities as a concept and the norms connected to our stereotypical ideal of men. Through interviews with guys who talk about their personal experiences, we explore masculinity as something which is instilled in society and can reveal itself as harsh homophobia in sports and other cultural contexts. This documentary deals with shocking facts about our boys and the way we raise our kids, through a discussion about masculinity itself. 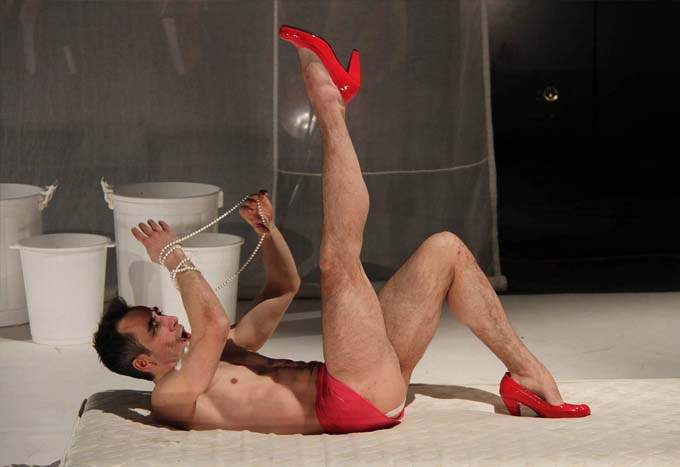 From 4 P.M. the audience would see the recording of the hit performance piece Merlinka’s confession – (directed by: Stevan Bodroža, cast: Aleksandar Trmčić, Čarni Đerić, text: Miladin Ševarlić, producer: Predrag Azdejković, 45′). This is a monodrama based on the autobiography of Vjeran Miladinović Merlinka, Theresa’s son that was published in 2002 in Belgrade. The text was written in 2003 when Vjeran was tortured and killed, and has waited for more than ten years to be set on stage. Merlinka Festival produced this performance that premiered in January 2014. – as well as the review of the short regional films: Strawberries (Jelena Lela Milosević, Montenegro, 2013, 23′) The story follows a younger couple (Nježni, Čupka). They live isolated life. The emergence of Mladić, brings all their problems to the surface. They are childless. Nježni persuades Čupka to conceive a child with Mladić. She goes to Mladić and they have a quite agonizing sex. Nježni saw that, and starts to run disturbed. Čupka looked for him followed by Mladić and found him naked and then we realize that Nježni is a woman. Mladić tries to rape him but Nježni takes a pitchfork and stabs him to death. Three years after, couple have two years old child.

Just be Safe and sound (Tamara Skrozza/Živojin Čelić/Predrag Azdejković, Serbia, 2015, 11′) A film about parenthood, relationship between parents and children, relationship between parents and LGBT children. Like Other Girls Do, (Melissa Potter, USA/Serbia, 2015, 26′) In an old Balkan custom, a girl became her father’s son to keep the home she would otherwise leave when she married. In a nearby city, five women live far from such traditions.

At 6 P.M. the documentary film The New Man (2015, Uruguay/Nicaragua/Chile, 97′) will be shown. The New Man is an intense and strong depiction of trans* Stephanie Mirza’s life. Growing up in Nicaragua as Roberto, Stephanie was interested in education and politics at an early age. However, due to unbearable family problems Stephanie was adopted away to Uruguay. In the finest way, director Aldo Garay portrays Stephanie’s turbulent life – including a psychologist conversation about sex change and childhood trauma, and not least her journey to meet her biological family for the first time since she was given up for adoption 38 years ago. The film won this year Teddy Award for best documentary at the Berlinale. 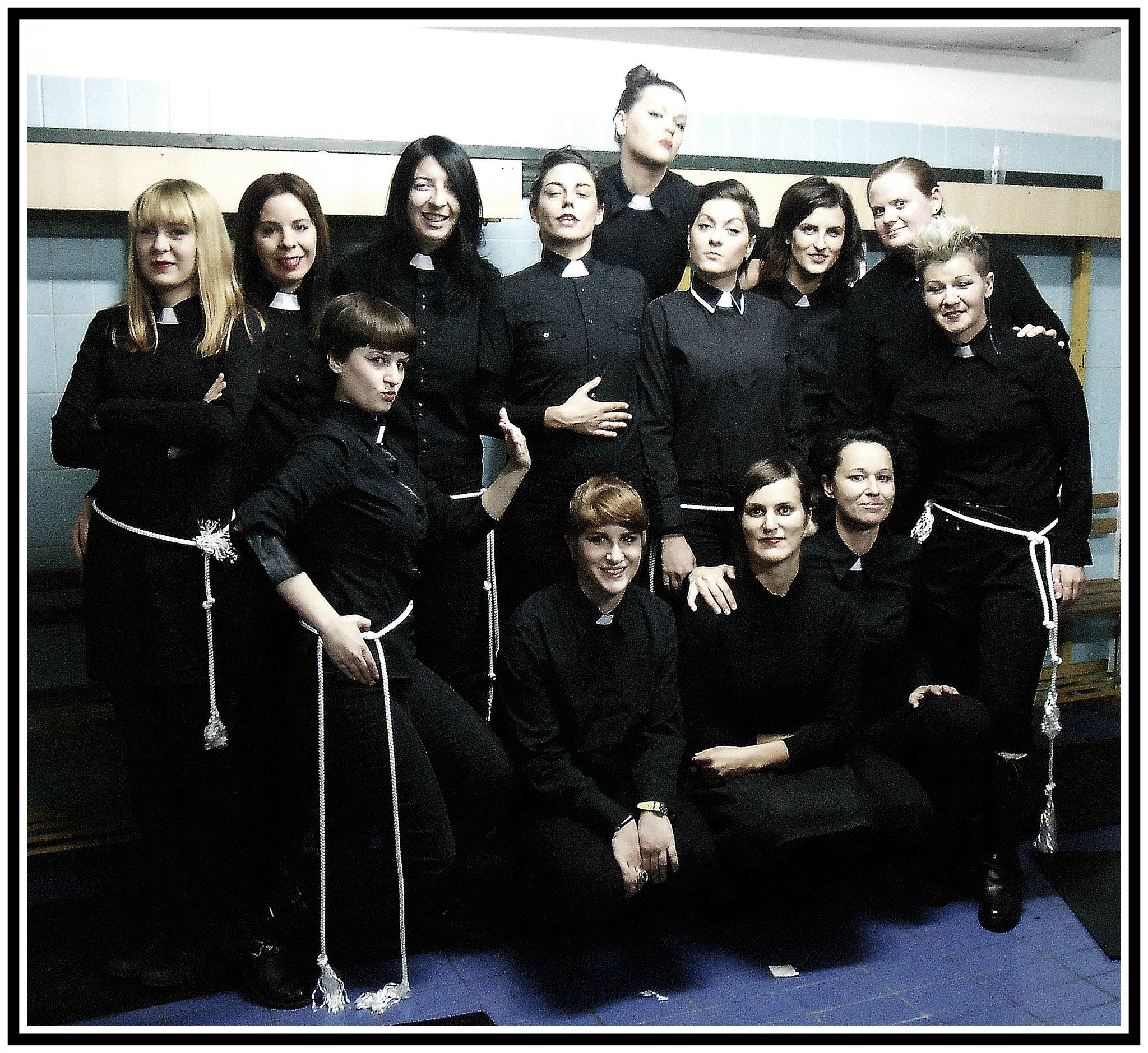 The special guests of the festival will be the members of Le Zbor, the first Croatian lesbian-feminist choir that was formed out of the desire to encourage and promote the lesbian-feminist socio-cultural visibility. Their concert will be the spectacular introduction to the big Merlinka party with regional super star Sonja Sajzor. 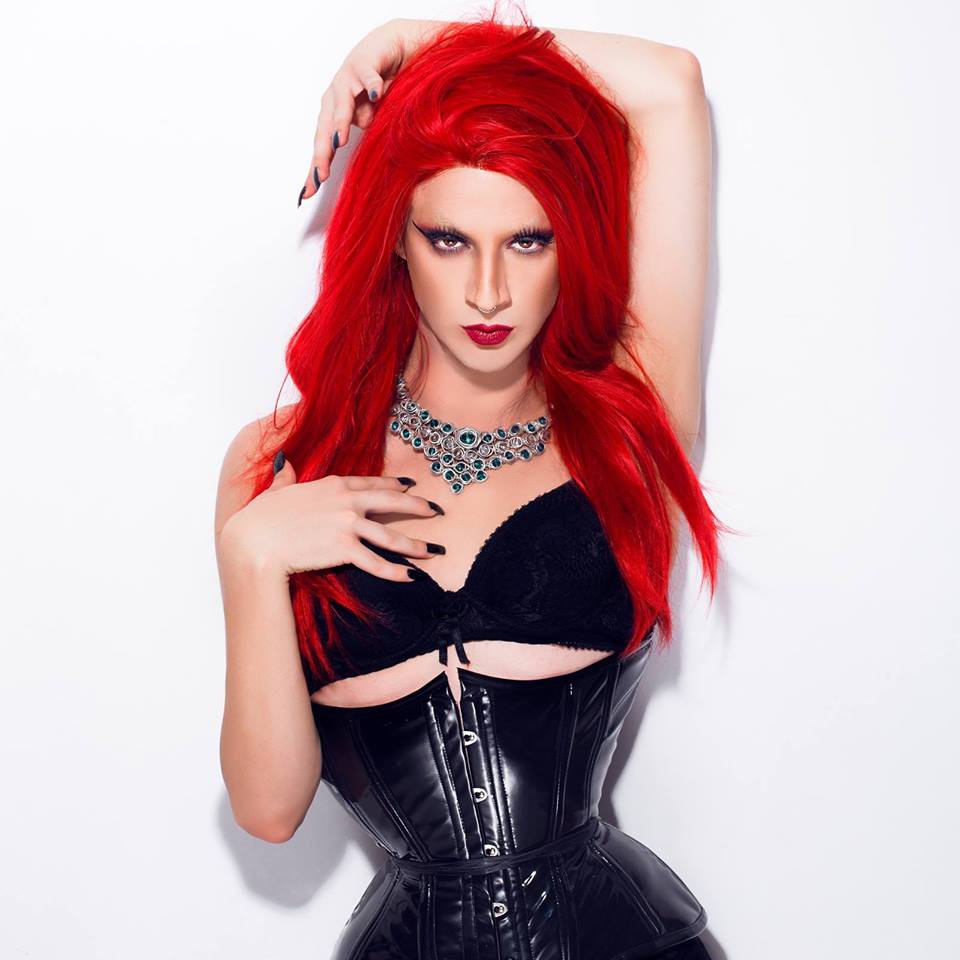 The festival is supported by the Royal Norwegian Embassy in Bosnia and Herzegovina and the Open Society Fund.