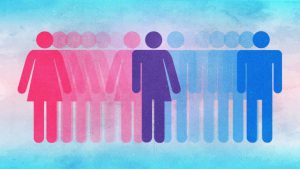 In August 2017 the Ministry of Interior in Tuzla (MoI) disabled the name change of the person to a name that is not harmonized with the sex marker on the identification document, to a transgender person who filed this request. The employers of this MoI claimed that it is not possible to change the name which is in accordance with the gender identity, but not with the biological sex, before the person completely reassigns his/her sex surgically, and changes the sex mark on personal documents.

Based on the Law on Personal Name, and previous practice of the ministries of interior in other cantons that had approved the name change to the name that is not in accordance with the gender marker, together with the Tuzla Open Centre, we filed a complaint to the BiH Ombudsmen Institution for Human Rights, in order to get the response that will set an example to the ministries of interior in BiH of the appropriate practice in the future for the process of name change for the citizens who choose gender neutral names or names that traditionally “do not correspond” to the sex marker on their documents.

The BiH Ombudsmen Institution, based on this complaint, issued the recommendation for name change of transgender persons, and recognized the MoI’s disabling of the name change to the transgender person as discrimination. In the recommendation, it is stated that the Ombudsmen especially note that the Law on Personal Name of the Federation BiH does not prescribe the obligation of harmonizing the personal name with the sex marker in personal documents, and that the persons who file requests for name change are not obligated to further explain the reasons for that, or to harmonize their names with the sex marker in their documents.

All people, citizens of Bosnia and Herzegovina, have the right to be informed on the procedure of name change, to receive the accurate information, to file a request for name change and change the personal name, with no limits to choosing their personal name, except those defined by the Law itself.

In conclusion to this recommendation, they point out to the positive shift in the field of protection of transgender persons in Bosnia and Herzegovina, with the prohibition of discrimination based on gender identity in the amendments to the Law on Prohibition of Discrimination, and with enabling transexual persons who changed their sex to put that change in the mother books and in the documents, in accordance with the reassigned sex. However, it is still necessary to work on the implementation and amendments to the laws that regard transgender persons, on raising awareness and on promoting the rights of transgender persons.

The complete recommendation of the Ombudsman Institution is available in B/C/S language on this link.