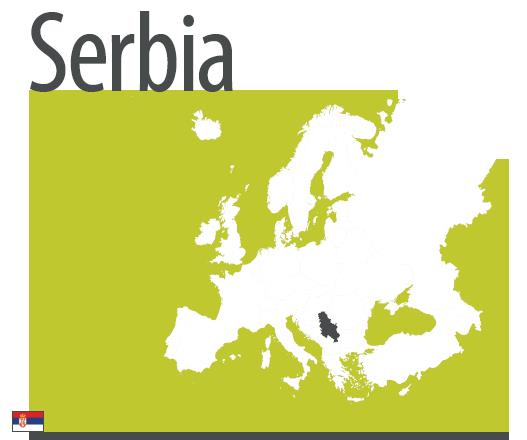 Even though Serbia has a pretty good legal framework, its implementation is lacking. In 2016, Serbia rose from 29 to 32 points on ILGA-Europe Index scale, but in 2017 it went down to 30 points.

Hate motivated speech and violence are not dropping. Various cases of hate speech and hate crimes have been recorded. Orthodox Church leader Patriarch Irinej accused gay men of spreading the HIV throughout Serbia. Belgrade Pride organizer Boban Stojanovic was attacked on August 22, 2016, by two unknown perpetrators. A trans man was attacked by three men on October 11, 2016, in Vlasotince. Three attacks on trans women took place in Belgrade on April 29, May 8 and May 16, 2017. The victims received inadequate treatment by the responsible institutions. The regulatory body for electronic media (REM) prohibited broadcasting the pre-election video for Aleksandar Vucic’s campaign which mentioned the slogan “Vucic, fagot”.

Labris continued their analysis from 2015, and discovered that nine high school textbooks still had discriminatory and negative content on LGBTI persons. Ministry of Education rejected to adopt a rulebook for changing names in school transcripts and diplomas.

From the beginning of 2017 the new Law on Police explicitly prohibits discrimination based on sex, gender and gender identity (Article 5). This law regulates the affairs of the Ministry of the Interior.

On May 17, 2016, Aleksandar Stojimenovic – the national liaison officer for the LGBTI community within the Ministry of the Interior, came out while receiving the “Rainbow” award at Belgrade City Hall. This made him the first government employee who spoke publicly about their sexual orientation. In August 2016, Prime Minister announced his new cabinet staff and named Ana Brnabic as Minister for Public Administration, becoming the first openly LGBTI cabinet minister in Serbia.

During 2016 and 2017 Labris formed local networks for the prevention of discrimination and support for LGBT persons in seven cities – Belgrade, Pancevo, Nis, Kragujevac, Novi Sad, Subotica and Novi Pazar. These networks connect all the relevant institutions and civil society organizations. There are around 80 members of networks – around 60 institutions and 20 CSOs.