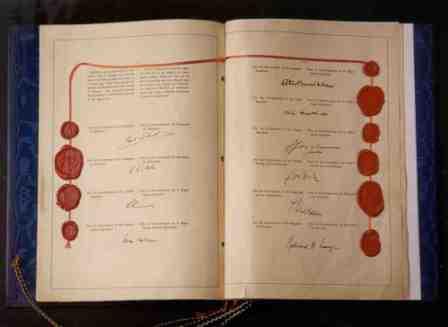 Exactly 60 years ago, on November 3, 1953, The European Convention on Human Rights and Fundamental Freedoms was introduced. It was a revolutionary legal document that changed the interpretation of and approach to human rights in Europe.

In the period from 1950, when the Convention was adopted, to 2004, the Convention was signed by 46 states. To sign this document meant to accept the obligation to respect rights and freedoms, as well as acknowledge the competence of the European Court for Human Rights in Strasbourg, founded by the European Convention. The text was officially translated and published in 30 languages, and it was ratified by all European countries.

The European Convention on Human Rights is an integrated part of the BiH Constitution, and – as  such – is being directly implemented in the legal system. It has priority over all laws in any level of governance. Also, BiH’s membership in the Council of Europe since 2002 means that Bosnia and Herzegovina is obligated to harmonize its Constitution and all other legal documents with the European Convention.

Along with the recent Sejdić and Finci vs Bosnia and Herzegovina case, it is important to emphasize that this document secures the minimum of human rights protection in all areas of life. Nevertheless, BH citizens are still not able to exercise this minimum. There are lots of excuses, but the lack of financial resources and complicated administrative and political structure can not be excuses for situations in which groups are marginalized, vulnerable and underprivileged. These groups are: women and girls, victims of war, returnees and displaced persons, persons with disability, young persons and children, national and religious minorities, lesbians, gays, bisexual and transgender (LGBT) persons and many others.

This is why, on the occasion of the adoption of this legal act, Sarajevo Open Centre (SOC) and The Initiative for Human Rights BiH (YIHR BH) remind all executive and legislative institutions and judicial bodies in all levels of BiH of their obligations. We should not wait for another 60 years for human rights of all citizens to be respected and protected.